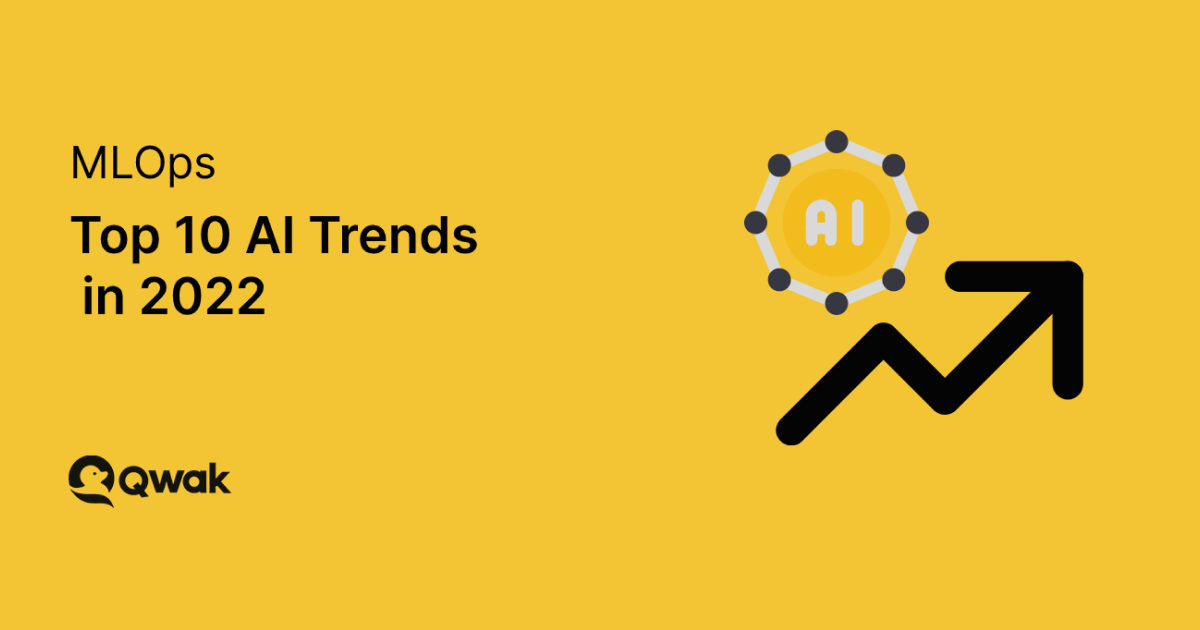 Artificial intelligence (AI) is advancing at a rapid pace. It is something that we have dreamed of as far back as the 1950s and possibly even earlier, but today, AI is embedded into our everyday lives. This powerful technology has the potential to create a paradigm shift across industries, and Google’s CEO Sundar Pichai has even said that it will have a more widespread impact on humanity than electricity, the Internet, and fire.

Aside from what business leaders are saying, researchers have also confirmed AI’s potential transformational impact. According to a recent report by ‘Big Four’ professional services firm PricewaterhouseCoopers (PwC), 52 percent of companies accelerated their AI adoption strategies due to the pandemic. Meanwhile, a study by the AI Journal has found that 74 percent of business executives believe that AI will help create new business models and the development of new products and services.

The nature of the AI industry means that it is constantly changing, with exciting new trends constantly emerging. In this article, we are going to explore some of today’s biggest AI trends for 2022.

Language modeling is the use of various statistical and probabilistic techniques to determine the probability of a given sequence of words. Or, more simply put, it deals with the machine understanding of natural spoken languages—i.e., natural language processing (NLP). NLP is used in applications including speech recognition, machine translation, information searching, and handwriting analysis.

Since OpenAI released GPT-3, the most powerful language model ever built, in June 2020, it has spent its time in the spotlight due to its next-level language capabilities. This has led to a whole range of new applications and research has shown that with proper human input, GPT-3 can even write basic computer code and business memos.

Now that OpenAI is working on GPT-4, you can expect that this year will bring more major advances in language modeling and applications.

At number two is the growth of AI in cybersecurity practices. This trend is the natural next step in the use of automation for cyber threat prevention and protection. AI’s application in cybersecurity covers things that its predecessor – automation – could handle, such as the routine storage and securing of sensitive data. However, AI in cybersecurity goes further and assists with sophisticated tasks. For example, powering intelligent analytics to detect potential threats or patterns pointing to the potential intentions of attackers.

It's not all good news, though. The irony is that cybercriminals will also be using AI to their own advantage, and organizations will find themselves engaged in a constant game of cat and mouse as they try to stay ahead. So, organizations must begin embracing AI now in their cybersecurity if they want to survive.

When organizations first begin to use AI, they often look at their processes in a bid to identify individual steps that can be improved. Processes are broken down into pieces, these are then digitized, and AI is brought in to make it more efficient. But at the end of the day, the business process is pretty much the same—just faster and cheaper.

While this is great, AI also has the potential to create fundamental changes in business processes. Firms in the finance industry might apply AI to their invoicing process to not only make it efficient but also, for example, identify which invoices present a greater risk. In essence, AI enables business leaders to think about the end-to-end value chain and completely re-engineer their processes.

According to a 2021 report by McKinsey, one of the factors that distinguish companies that get the biggest earnings boost from AI from those that don’t is their use of MLOps.

IEEE member and cloud and engineering tech practice lead at Augment Therapy, Carmen Fontana, reckons that this will be one of the next big AI trends. The goal with MLOps is to bring machine learning from theory into production, she says. “Two, three years ago, this was a burgeoning field and people were thinking that they had to do it,” she says. “But we didn’t see it a lot in practice.” Today, Fontana is seeing established tools and methodologies that allow firms to become more rigorous in their deployment of AI models. “That goes a long way to making AI and machine learning institutionalized,” she says.

5. The prominence of hyperautomation

As noted by Gartner, hyperautomation will gain more prominence in 2022 because it is critical for any business that wants to keep pace with the digital evolution. With ML, AI, and RPA working in harmony to automate complex processes, including in areas where subject matter expertise was once required, it is a potential means for real digital transformation.

As we get more familiar with AI, employees, executives, and other leaders are increasingly putting their faith in it to make business-critical decisions. This happens even in situations when those decisions go against human gut instincts. As a result, it is becoming more important to overcome the challenge of putting trust in AI to automate sensitive processes.

Building trust in AI is easier said than done, though. To fight this challenge, we are seeing the emergence of so-called ‘Explainable AI’, which is when the system explains to human users what factors went into a decision that is made. This transparency is one of the fundamental building blocks for establishing trust in AI and we are likely to see a lot more of it as the field matures.

7. The creation of new business models

In some areas, AI is beginning to create opportunities that didn’t exist before. For example, autonomous vehicles are completely transforming society and are creating entirely new business markets in the process. But AI-powered business transformations can also take place on a smaller scale.

A bank, for example, that requires human review cannot afford to offer small loans. This is because the cost of researching and processing them would easily outweigh any revenue that the bank could make by providing the loan. When AI is used to evaluate loan applications, however, the smaller loans would enable the bank to serve an entirely new group of customers that they wouldn’t have otherwise had.

Regulators have long since expressed concern about AI’s implications for fairness, inclusion, diversity, and privacy. Machine learning, for example, has come under a lot of scrutiny from regulators for its potential social bias. According to Deloitte, several studies have shown cases where AI-encoded bias has led to clear-cut discrimination.

As a result, regulators are likely to begin cracking down on cases of algorithmic bias over the next few years, especially as regulators develop a better overall understanding of data security and the implications of emerging AI applications. Meanwhile, the businesses operating in nations that set the global standards for AI regulation will gain a competitive advantage over those from other nations.

Quantum AI is the combination of AI with quantum computing. In other words, having AI-based programs that run on quantum computers. This has several potentially significant implications, not least of which is the sheer power boost that quantum computing could lend to AI.

This is because quantum AI will be able to learn from data much faster than traditional AI, which has the obvious benefit of faster decision making, pattern detection, and calculations. With quantum computing, then, the potential of AI technology will grow exponentially and create a much wider scope for new innovations.

10. Improvements in low code and no-code

As businesses are beginning to implement AI, they are beginning to use out-of-the-box foundation models and build upon them rather than creating their own from scratch. This substantially reduces the time-to-value and breaks down barriers so that so-called “citizen developers”—i.e., developers with little-to-no technical expertise—can break into the space. In an ideal situation, citizen developers would be able to describe the problem that they are seeking to address, and conversational AI will then interpret this and produce code automatically.

According to a survey by Tech Republic, around half of all firms already utilize low code and no-code in their operations, while one-fifth of those who have not yet adopted it stated that they intend to do so within the next year. In 2022, then, we expect to see an explosion in no-code AI systems.

Artificial intelligence has established itself as the technology that sits at the heart of digital transformation. Over the next few years, there will be a surge in emerging AI applications for both individuals and enterprises.

In this article, we have explored the trends that are shaping the AI space in 2022, and they all point to the same thing: businesses that invest in AI and machine learning will be the leaders of tomorrow. At Qwak, we help businesses unify their ML engineering and data operations, providing agile infrastructure that enables the continuous productionization of ML models at scale. If you’re interested in learning more, check out our platform here.